Okla. Stat. tit. 21 § 74-711 defines first degree manslaughter in Oklahoma.  It is the (1) killing of another (2) without the intent to do so.  Further, it must occur (3)during the commission of a misdemeanor or in the “heat of passion” in a cruel manner.  Additionally, unnecessarily killing a person who is committing a crime may also result in first degree manslaughter charges. 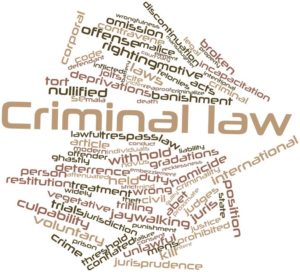 Second degree manslaughter is in the same statute, but under  §716.  Similarly, it includes the elements of killing another person without intent to murder.  But, it differs from first degree in that it usually involves negligence instead of purposely harming someone or a misdomeanor crime.  This makes second degree manslaughter a net for all unintentional homicides.

Creek County Manslaughter crimes are charged as felonies under Oklahoma law.  It does not matter if it is first or second degree.  A minimum sentence of 4 years in prison accompanies first degree manslaughter convictions.  The prison term has no set maximum.   Second degree manslaughter charges are more forgiving.  You may only serve a 2 to 4 year sentence in the State Penitentiary.  A fine may also be collected up to $1,000 against you.

If you used a firearm during the event, you may also face reckless handling charges.  Learn about it here.

If you are facing charges on manslaughter call us.  Our criminal defense attorneys in Sapulpa want to help you get the best possible defense.  We understand what’s at stake for you.  Let us help.  Our first consultation is free, so we can get the details of your specific situation before building a case.